The battle continues over the UK’s largest divorce settlement 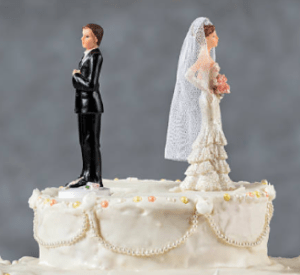 Ms Akhmedova was awarded a 41.5 per cent share of her husband’s fortune, thought to be worth more than £1 billion, by a British judge in late 2016. The assets include his £346 million superyacht, the MV Luna, as well as an impressive modern art collection.

In 2016, the High Court judge said Ms Akhmedova should get £453 million. However, at the latest hearing, it was revealed that she has so far only received around £5 million and that Mr Akhmedov has not ‘voluntarily’ paid anything.

According to Ms Akhmedova, her ex-husband has deployed a “strategy of evasion” and has tried to put his assets beyond her reach by placing them in trusts based in Lichtenstein.

He has even pitted their eldest son against his mother, forcing Ms Akhmedova to sue Temur Akhmedov, who lives in London. He has raised concerns about the way his mother is funding litigation and wanted to bar the media from revealing details of his personal finances.

However, he has lost his fight to do so, with the judge saying that he has failed to demonstrate any reasonable grounds for challenging the legality of his mother’s funding arrangements.

Roger Isaacs, Forensic Partner at Milsted Langdon, said: “This is an extreme example of a common phenomenon, namely a case in which a party with control of the income and assets tries to frustrate a fair settlement by starving his or her spouse of cash in the hope that he or she will eventually run out of money to fund what can often seem to be interminable litigation.

If you are the wife of a billionaire, you are likely to be able to find someone willing to lend you money to fund your legal costs in return for a success fee, payable if and when funds are eventually recovered. By contrast, those with fewer assets at their disposal tend to have far fewer options.

That said litigation funding is becoming more freely available in more modest cases and, even better, it will often extend to cover the costs of engaging a forensic accountant!”